Skip to main content
To provide you with the best experience, Hotel Boutique Plaza Sucre uses its own and third-party cookies on its website for technical, analytical and marketing purposes. By continuing to browse our site, you're agreeing to our use of cookies. Please consult our Cookie Notice for more information. 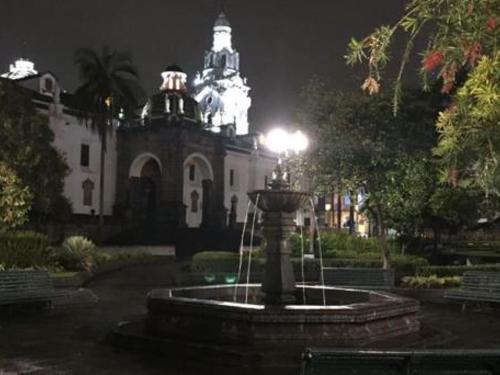 The Plaza Grande is composed of four buildings that represent the estates of the Quito society such as: The Presidential Palace, Archbishop's Palace, the Cathedral of Quito and the Municipal Palace.

As for the Government Palace, its structure was inspired by the Tuileries Palace in Paris, which was a gift from the French government in the 19th century. As an attraction is also the Archbishop's Palace where the Bishop of Quito resides, in addition to the fact that it currently has a walkway where we find several restaurants, coffee shops, craft shops, galleries and spaces for the internet. The Cathedral of Quito was built between 1562 and 1567 and is considered the oldest cathedral in South America, so it becomes a historical attraction when visiting the Plaza Grande.

The Plaza Grande is the meeting point of the Quito people, who nostalgically remember past times. In addition to being always full of students who are constantly traveling, elderly people who sit down to talk throughout the day, informal vendors who try to make a living, in addition to instant photographers who are pending foreigners who want to keep their memories of this city.

The constant mobility of the Plaza Grande allows us to see a very rich human landscape that is made up of all the cultural heritage that Quito possesses, for this and for the architectural beauty, being located in the middle of elevations and volcanoes, it has been called by UNESCO as Cultural heritage of Humanity.

"The city of Quito derives its activity from this nucleus, which although it was not the first place in the city, has remained in the heart of a community, a space owned by people and with which they identify."

In the center of the Plaza de la Independencia we find the monument to the Heroes of Independence that was built in the early twentieth century, which symbolizes the triumph of the Republic against the Spanish colony. In it, flower offerings are deposited every August 10 to remember "The First Scream of Independence" by Quito's ancestors in the year 1809, which is why Quito is known as the Light of America, because that is where the struggles begin throughout the continent for his liberation from the colony. In 1894 the government of Luis Cordero commissioned the Italian sculptor Luis Minghetti, whose project was truncated by the political environment of the time. 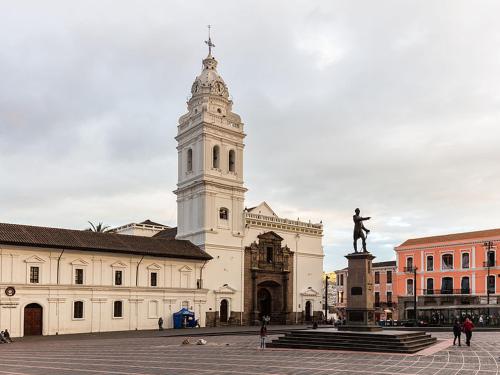